Happy 7 year Anniversary to The Movement Factory! Enjoy $7 classes in our Lakewood studio thru Feb 1! 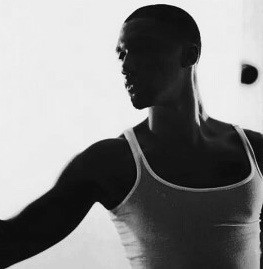 London Fulton is a talented professional choreographer, dancer, performance artist, innovator, teacher and educator who was born and raised in Cleveland, OH. When he found his love for dance, he was only 15 years old when he took his craft to Rock City Dance Studio as a competition dancer. His competition career as a dancer consist of winning Top Five overall in competitions such as Showstoppers, Starbound, KAR, and Pulse On Tour Dance Competition. He has trained under the industry's best teachers in Ohio, Oklahoma, and California, and Georgia’s in the art of Contemporary, Jazz, hip-hop, ballet, Performance, Lyrical, Modern and tap.

After London received his certification in Hollywood, California at The International Dance Academy in 2016, he came back home to Ohio to continue his love for dancing and teaching under the direction Lakeshore Ballet Theater in Avon, Ohio where he completed his training as a dancer/Instructor under Trutek Dance Company, which was a Commercial Jazz dance division
of Lake shore Ballet Theater.

London is currently in school to receieve his BA in Massage therapy where he plans to run his own business in near future. Dance has always been his escape from harsh moments in his life where it has made him the man he is today.

Instructor will confirm availability prior to appointment

No sessions available on this date